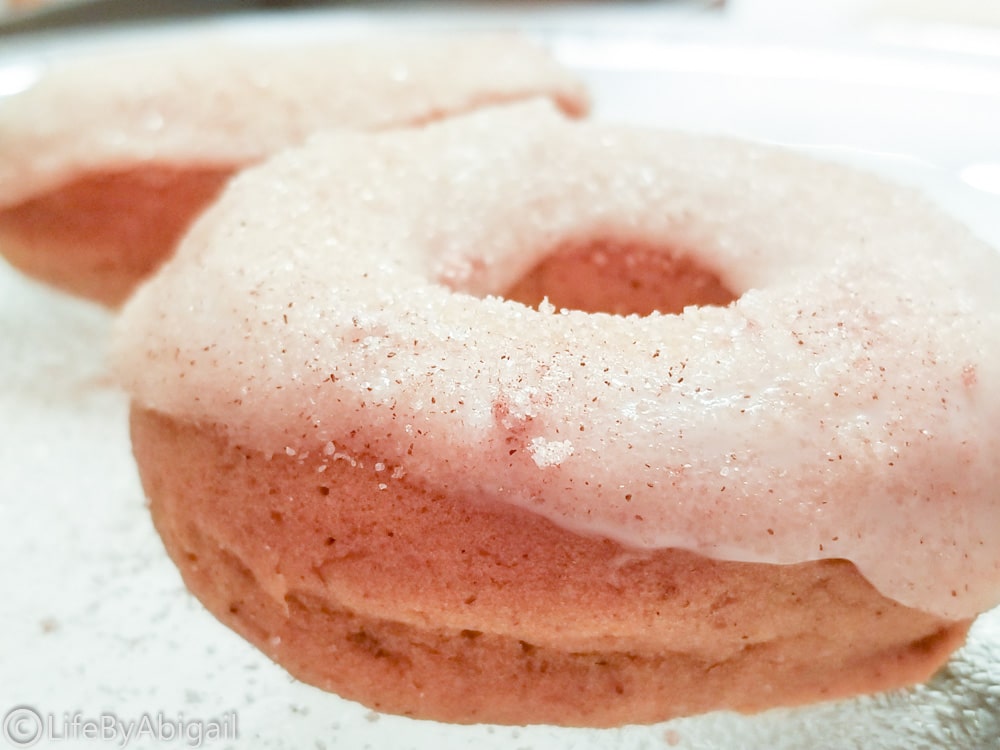 I’ll be honest… I was a little skeptical about trying these Gluten-Free Baked Pumpkin Donuts. I mean, they’re baked! Donuts are fried. Like it or not, that’s the simple fact of the matter. 😀 My hubby, however, thought it was a great idea… We had extra pumpkin on hand and were trying to think of something to make for an Autumn dinner party we were attending that evening. I’m happy to say – These were a hit! So, you might ask, are these totally “donut-y”? I wouldn’t necessarily go that far, but they definitely are delicious and I would make them again. If you really, really want that extra donut crispness to the exterior, I found that giving my donut a few minutes under a low broil in the oven nicely caramelized my already glazed donut. 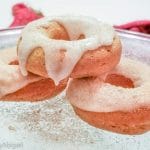 My donut pan is from amazon.com (you can click this link to see which one I used!).

Store your baked pumpkin donuts in a breathable container, such as a cake stand with cake cover, loosely covered with foil or plastic wrap, or store in a ziplock bag that is only partially sealed. These are definitely best when they are served warm from the oven, so I suggest if you need to reheat to give them a few minutes in a warm oven. Voila! If you’re making these for a party, you can bring the frosting and cinnamon-sugar mix in separate bowls so that people can dip and top their own donuts! This tasty treat becomes a personalized, fun activity when you let people top their own! 5 Tips for a Healthier Happier Winter We’re passionate about living life to the fullest. We love finding and sharing what we learn to live a more intentional, beautiful, and fulfilling life.